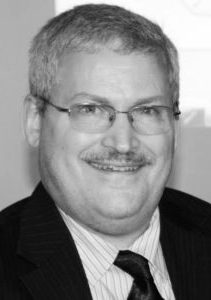 John joined the firm as an articled student in May, 1982. Following his call to the bar, John returned to the firm as an associate in April, 1984. In April, 1986, John became a partner and, since January, 1987 John has been the firm’s Managing Partner and Office Manager.

Areas of Practice
John’s practice involves primarily solicitor’s work in the fields of real estate, corporate and commercial law, estate planning & administration and municipal law; however, he also has represented clients before provincial Courts and/or tribunals in each of those fields. Since 1985, John has acted as local agent for the Children’s Lawyer (formerly the Official Guardian) in property rights matters.


John has lived in Halton Hills since 1982. Having raised their family of three now-adult children, he and his wife, Gerri, are anxiously awaiting the onset of empty-nest syndrome. They are active members of Holy Cross Church in Georgetown.

John is an active volunteer, and has served on the boards of Holcro Non-Profit Housing Corporation, United Way and Birthright Milton. Since 1985 he has been an active member of the Georgetown Kiwanis Club, and he is a Past President and current Director of the Club. John’s personal interests include history (especially U.S. Revolutionary and Civil War eras), travel (especially to U.S. Revolutionary and Civil War sites), live theatre (especially musical theatre), hiking the Bruce Trail, curling, fishing and (as a spectator) baseball and football.